USE SLIDER TO RIGHT OF THE DOCUMENT TO SCROLL DOWN

Don't get used to it 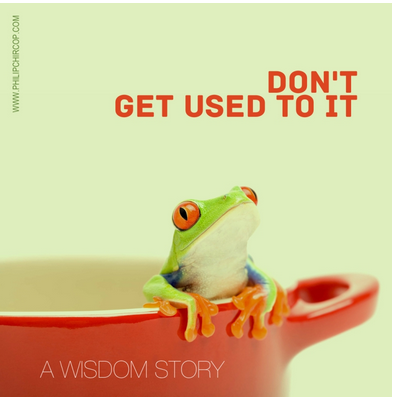 If you plunge a frog into boiling water, it will immediately jump out. But if you place the frog in cool water and slowly heat it to boiling, the frog won’t notice and will slowly cook to death

This seems to be the Department of Energy's philosophy on expanding WIPP and we are the frog!  The latest move is to expand the underground capacity.  This expansion is necessary to eventually bring bomb grade plutonium to be processed at Los Alamos and placed at WIPP.

Cut and paste, send in:

This email address is being protected from spambots. You need JavaScript enabled to view it.

I oppose the two new proposed panels 11 and 12, which are part of the “Forever WIPP” expansion, which I also strongly   oppose.

Instead of considering the Class 3 Permit Modification Request for the new two panels, NMED should proceed with the WIPP permit renewal process. I support a date certain to end WIPP waste shipment and disposal operations in 2024, as the Permit provides.

WIPP is supposed to be the first, but not only, deep geologic disposal site. But unless New Mexico requires the federal government to have other locations, WIPP will always be the only site.

If the two new panels were added to the permit, Table 4.1.1 of the modification request shows that the total capacity would be more than 6.7 million cubic feet of waste, even though the legal limit is 6.2 million cubic feet. The New Mexico Environment Department (NMED) cannot legally approve such a request. The two panel expansion also breaks the promises and legal agreements with New Mexico.

I request that NMED proceed with the WIPP Permit Renewal process and maintain a date certain to end WIPP waste shipments and disposal operations. NMED should deny the Panels 11 and 12 Permit Modification Request.

Thank you for your careful consideration of my comments.

When is a shaft more than a shaft?' and 'Nukes and the Politics of Race.'

This is a half hour video offering from the Stop Forever WIPP coalition and Available Media: ' When is a shaft more than a shaft?' and 'Nukes and the Politics of Race.' This video dispels the idea that an expansion of WIPP will mostly impact the South Eastern part of New Mexico. The new waste targeted for WIPP would be re-processed at Los Alamos. It also dispels the idea that targeting NM for waste disposal has nothing to do with our minority majority population.

If you are looking for more material and information with which to testify at the May 17-19 hearings, starting this Monday on WIPP expansion, you might find it here.

Our Mission and Vision Statements

Mission Statement: The Southwest Alliance for a Safe Future (SAFE) is a coalition of groups and individuals working toward a fair and safe economy. We seek to prevent and repair the damages done by the nuclear industry to our land, air and water. We also seek to protect the diversity of human cultures, food production, and wildlife for future generations through   economic development, education, and science.

Vision Statement: The Southwest Alliance for a Safe Future (SAFE) will prevent nuclear harm and promote regenerative practices in agriculture and business to support local economic independence, free from the negative impacts of the nuclear industry and from radioactive contamination.

1) We advocate for the re-use and re-purposing of minerals and the development of innovative technologies for creating products.

2) We support the use of plants that are adapted to arid climates to produce plant-based materials for business development. We will advocate for the development and use of technologies to ensure accessible and healthy food for all.

3) We support multiple uses of land for human and wildlife habitation to sustain life for generations to come.